You are here:
Wall of Champions 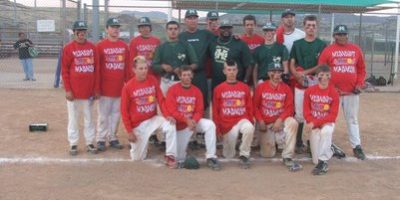 U-13 Hornet recap:
Day 1:
Game #1 vs. Turn 2 Baseball: 6:15 am Saturday morning
Had our group check in and show up for play @ 11 pm Friday evening. We received the #5 draw/seed ( blind draw of teams ) out of 9 teams in our age division. Our first game was not to be played until 6:15 am in the morning ( Saturday ) against last weeks Champions Turn 2 baseball. Our young men came out and dominated this team in Best Speed fashion and won the game 6 to 3. Our pitching dominated in this game led by Matt Arcure, Ryan Mitchell and Raymond Zaragoza. Hitting was equally met by Matt Blandford, Ryan Manning and a gritty lead off hitter in Conner Swan. Jordan Vujovich started off his tournament going 2×2 with 3 RBi’s in the first game and playing a phenomenal catcher position which helped our Hornets set the tone of the tournament.

Game 2: vs. Elk Grove Gunners 11 am Saturday Morning
We have been playing the Gunners all Spring long, so both teams know each other very, very well. It was high time we had a chance to put it to them. The Hornets came out flat and trailed the entire game. In the bottom of the 6th inning trailing 5 to 0, the magic happened. All ten hitters in the line up came up to bat and the inning started off with Ryan Manning drawing a walk, from there Bub Capel walked, Conner Swan walked, Josh Holland singled in two runs. Coleton Brenner hit a single, Jordan Vujovich hit a single and we had 1st and 2nd with 2 outs. Casey Whitsell came up to the plate with an 0-2 count and hit a double into the Right side gap scoring both Coleton and Jordan to win the ball game for the Hornets!!! Great 2 strike approach, mental toughness, and a “NEVER QUIT ATTITUDE.” Got the Hornets the W in this game.

Game #3 vs. TC Misfits 1:15 am Sunday Morning
This game was a challenge in the regards to the low lights, fatigue, lack of sleep and most of all Umpiring. The boys came out hot and heavy and held a lead for the majority of the game. Casey Whitsell and Jordan Vujovich led the offense and Josh Holland pitched a gem. Two UN-lucky plays hurt the boys and they lost this meaningless pool play game 4 to 3. No matter the outcome the Hornets had secured the #2 seed going into the elimination round.

Game #4 vs. EG Gunners: 6:30 am Sunday Morning
First elimination game the Hornets played in and again this game came down to the wire. Matthew Blandford pitched the game of his life and held the Gunners in check for 5 innings. The Hornets controlled the game throughout the entire contest. The offense was led by Coleton Brenner, Jordan Vujovich, Ethan Mayberry, Matthew Blandford and the red Hot Casey Whitsell. One bad inning happened to our young men again and the score was tied 6 to 6 going into the bottom half of the game. However the Hornets had the two hottest hitters in the tournament up to bat. Casey Whitsell led off with a double and 2 pitches later Jordan Vujovich hit a flare to left field to score Casey and continue the Hornet magic into the semifinal round of the tournament.

Game #5 vs. TC Misfits: 12 pm Sunday afternoon
We got our chance to show this team that their Win was a fluke and the Hornets came out and proved our staff’s words to be true. Led by Ethan Mayberry on the mound Ethan relieved pitcher Casey Whitsell and  pitched 6 1/3 innings of 2 hit, 1 run baseball. The heat, fatigue and lack of sleep were starting to creep in, however Conner Swan, Jordan Vujovich, Matthew Blandford and Ryan Manning showed their grit at the dish. These young men came through in the clutch and shut down the potent offense of Triple Play and earned a birth into the championship game.

Game #6 vs. Head First Games 5:45 pm Sunday evening
Tired, dehydrated and mental fatigue set in on this game between the two best teams in the tournament. This was one the best games I have ever been a part and for either of these two teams to lose was tough. On the mound after a shaky start Casey Whitsell gutted out the performance of a lifetime. This game was a heavyweight battle between two well coached teams. Casey Whitsell went 4×4 with 3 Rbi’s, Jordan Vujovich went 3×4 with 3 Rbi’s, hitting from Matthew Blandford, Conner Swan and Raymond Zaragoza made this game a very epic battle. Back and forth these two went and if our squad eliminates the 14 errors that were committed the end result is way different. We went 9 innings ( normal game 7 innings ) so with both teams on their last leg the Hornets fell short 13 to 10. I have my thoughts and those who were there, ( I do not like talking about umpires ) but we had the two worst umps I have ever seen in a game of baseball. Countless mistakes were made on their end, which really effected the outcome of this game.
” Your team came to play and boy I would love to see these two squads play on a netural turf with rest, fresh and ready to play. These two teams deserve better than what they got today. Hope we can schedule something soon” – Coach Buzz Whiteside of the Head First Gamers This tournament meant a lot to many. It was the end for our starting cathcer Raymond Zaragoza. It was the craziest, most wild, lack of sleep ( I got around 5 to 6 hours total, lost my keys, kids not wanting to wake up ) anything and everything that can happen on a ball field happened. I and the staff are so proud of our young men and have nothing to hang our heads on. Our young men proved that mental toughness and the mental game of baseball is real, very real. I am a happy coach and our program here @ BSB is showing what hard work, attitude and the right effort can do for a player. Going 4-2 in a tournament like this is such a positive step. All the teams that were in this tournament have gotten better and half of the group play in the Major divisions of U-13 and are very accomplished programs.